Home
daily blog
3 Effective Ways To Collaborate With Your Team
Team collaboration doesn’t always come easy—especially if you’re a young leader who’s just begun building interpersonal skills and trust among your group. You may find that your attempts to collaborate with your team get burdened down by competing goals, cultural barriers, or physical distance. These hurdles may be enough to make you question if you have what it takes to bring people together to rally around a common goal.

But you may need to switch up how you approach team collaboration. Instead of focusing all of your attention and energy on working together with your team, you might want to try to first understand your team—starting with you and your role on it.

1. Understand Your Role as a Leader on the Team

The role of a leader in team collaboration is to guide the team to success. Two important ways for a leader to do this is to clarify goals and to encourage participation from the team.

A few years ago, one of my colleagues was promoted to oversee marketing strategy for a territory and to take over the team she once was on. In her first opportunity to collaborate with her new team on a sales-building plan, she comfortably buried herself in the details of execution and jumped straight into the logistics of the plan.

These were actions she previously took that helped her find success in a supporting role on a team. But effectively collaborating with a team when you are the leader requires something different. It requires you to release anxiousness about your own performance and think bigger and more strategically. It calls for you to clarify the goal you want the team to work toward and establish a process for working toward it.

Without a clear objective, collaboration can look like a chaotic brainstorming session with confusing next steps rather than a deliberate process that increases productivity. My colleague quickly found that out and was able to adjust her approach.

In a survey conducted by Slack, respondents said that the explicitness of a goal is crucial in effective team collaboration.((Slack: Good collaboration, bad collaboration: A new report by Slack)) When a leader doesn’t clarify a goal, the team has a more difficult time understanding their responsibilities and communicating with teammates.

Encourage Participation From All Team Members

In addition to coming to the table with a clear goal for your team to focus on, you as a leader can foster effective team collaboration by inviting and encouraging all team members to share their unique perspectives and ideas. Teams are made up of people with varying personality types and work styles who may not always feel comfortable or compelled to speak up. But the best team ideas are often generated when every person on the team contributes.

When I worked in marketing, I managed a young woman who was introverted and who was raised in a culture where women, especially, didn’t speak unless they felt like they had something “notable” to say. What this person classified as notable was often a high, almost unreachable, bar. So, I made sure to prompt her, when appropriate, to offer her thoughts during team collaborations.

When you are a leader who wants to collaborate effectively with your team, it is important to note who overpowers conversations and who is underrepresented in them and create a balance. According to introvert expert Jennifer Kahnweiler, Ph.D., leaders who want to foster more team collaboration among introverted players may also consider giving team members opportunities to contribute solutions to problems in writing rather than nudging them to speak up verbally.

2. Understand Your Team’s Perception of Collaboration

An important, early step in preparing your team for more effective collaboration is to discover out how your team perceives working together.

When I began managing a team, I noticed, at times, that my team held back their ideas during brainstorming sessions and other meetings. They had reservations about sharing their ideas with a wider group. I initially wondered if this was because they lacked confidence in their ideas or if they simply didn’t have much to share.

What I came to understand after inquiring about this pattern was that former attempts at team collaboration had sown a sense of distrust among the team. Under previous leadership, team members had shared their ideas freely, and those ideas had been freely (and falsely) claimed by others as their own.

A leader’s role in creating a collaborative team environment is to understand how their team approaches working together—to assess what beliefs or assumptions the team holds that could negatively or positively impact how they collaborate toward reaching a team goal. For many leaders, this assessment may lead them to remove the fear or need for competition among teammates by creating a team culture where all ideas are acknowledged and credit for them is shared often.

Collaborating with your team can be easier and more effective once you’ve uncovered and clarified perceptions that your team has about working together. Those perceptions may be a mix of positive and negative outlooks, but once you know what they are, you can work to dismantle or reinforce them.

Several years ago, I needed my team to work together to come up with a marketing plan to drive traffic during a low season. I considered it logical to think that the team’s goal and success would be enough to drive each team member to commit fully and execute flawlessly. But I learned that there was more to the motivation. My team members were equally interested in using collaboration opportunities to develop functional skills they had identified as important to them, like data analysis, written communication, and cross-team networking.

Teams are made up of people, and people have individual goals, even when working on team projects. This doesn’t mean that they come to the team table with hidden motives to overthrow the group’s mission or steal the show. What it does highlight, though, is the intrinsic nature for people to pursue personal growth, even when they work with other people.

Understanding this can help a leader better collaborate with his or her team and help the group reach its individual and collective goals.

Leaders can level up collaborations within their team when they understand and draw out the strengths of each team member.((Gallup: How to Improve Teamwork in the Workplace)) This equates to leaders helping their teammates participate in projects in a way that aligns with their best skills.

When I needed my team to collaborate on creating a marketing plan for reaching delivery customers, I knew which team members were drawn to and strong at research, strategic thinking, written communication, and verbal feedback. Knowing this helped me guide collaboration within the team so that each team member could contribute and shine. It also helped establish roles and clarify responsibilities as our project progressed.

It’s also important for each team member to know their own strengths and value the strengths of other team members so that the team can more effectively connect with each other.

If you’re not sure what strengths your teammates possess, you can start by asking them. or you can think back to their past performance and pinpoint where they performed confidently. Many leaders also rely on results from workstyle assessments to help them understand their team members’ strengths. No matter what approach you decide to use, you’ll find that knowing your team’s strengths creates an important pathway to effective collaboration where team members feel valued and supported.

Team collaboration isn’t always easy, but there are ways for you as a leader to collaborate with your team more effectively. That often includes investing in an effort to understand your team—their perceptions, strengths, and motivations around collaboration.

Teams are made up of individuals, and it’s important to know how those individuals perceive teamwork. Past experiences may have positively or negatively influenced their current ideas about working with a team, which could impact future outcomes. Collaborating with a team can also be more effective when everyone understands the strengths and motivations of each team member. Knowing this can help the team better work with and relate to each other.

But before you put in herculean energy to understand your team, it’s important to first understand your role on the team. Leaders play a critical role in establishing goals for team members to work toward and define success. When you collaborate with your team, remember that you also play an important role in fostering a team environment where everyone feels safe and supported in contributing their ideas.

More Tips on Collaborating With Your Team 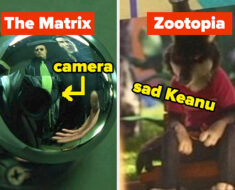 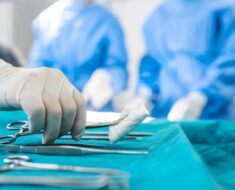 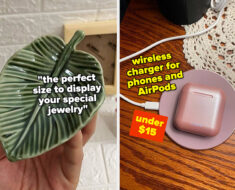