Home
daily blog
How to Become a Leader That People Respect
All I am asking…is for a little respect. That is the line that Aretha Franklin made popular in 1967 with her hit song entitled RESPECT. If we are honest, the words of that song ring true in our hearts today. As leaders, this concept of respect is even more powerful as each of us wants to learn how to become a leader that people respect day in and day out((Harvard Business Review: How to Earn Respect as a Leader)).

Did you know that there were two versions of the song RESPECT? Each one of the versions had a different message and demonstrated what they believed to be the best way to get the respect they had desired. Let’s take a moment to point out a stark difference between the two versions. We will use these two songs to illustrate how to become a leader that people respect.

What Not to Do to Gain Respect

In 1965 the first version of RESPECT, by Otis Redding, came to the stage. When you listen to Otis’s version you can pick up on the major difference of how respect is both defined and gained. In Redding’s version, he is sending a plea from a desperate man, who will give his woman anything she wants, begging her for the respect he deserves.

You can hear this in the opening words of his song:

Honey, you’ve got it

And what you need

Baby you’ve got it

Is for a little respect when I come home

At first glance, these words seem harmless enough. They are of a man trying to earn his respect from a woman that he is in a relationship with. However, these words point out two ways that no longer work when trying to earn respect, especially as you’re learning how to become a leader.

People do not respect people who beg. A person who begs comes across as desperate and needy. It can grate on people’s nerves and be a bit annoying. Begging plays on a person’s emotions until the beggar obtains the desired outcome.

When people beg for respect, their self-esteem is low, or they have lost their sense of identity. It could be from living a life of abuse or rejection. Most often it stems from childhood. Then, as adults, it comes across as desperate, insecure, needy, or co-dependent.

It is hard to gain respect when you are a person who feels compelled to beg for it. That person deserves respect, as all people deserve love and respect. Yet, there is something inside of humanity that looks at begging as deficient.

In reality, there are only two responses that a person will have when they see this behavior. When they see someone begging, a person will either pity them or turn their head in disgust. What is fascinating is that neither response is about showing the person respect.

If you are wanting to learn how to become a leader, then begging is the number one thing you want to avoid.

People have no respect for other people using them to fulfill their agendas. When learning how to become a leader that people respect, I recommend you avoid bartering for it. When I negotiate for respect, I am trying to negotiate with you for something I don’t have. The implication is that I am trying to get you to give me respect when I don’t have respect for myself.

Without personal respect, respecting others becomes a struggle. Instead of negotiating for respect, we must move to negotiate with respect. If we, as leaders, negotiate for respect, we will lose it. The leader who loses respect loses their leverage, which causes you to lose any chance of a mutually beneficial outcome.

Negotiating from a healthy place can be an incredible tool in the leader’s toolbelt. Demonstrating a lack of self-respect removes all opportunity that the negotiation would provide.

Respected leaders are secure in themselves and look for ways to serve others. They drop the personal agenda and push to an agenda that is beneficial to all. If you are looking to learn how to become a leader that people respect, then negotiate with respect.

What to Do to Gain Respect

Standing in stark contrast to Otis’s version of RESPECT is Aretha’s version. Franklin’s version is a declaration from a strong, independent, and confident woman. She knows what she has and what she desires. The woman in the song meets the needs of the man she is singing about, and there is never a time when she does him wrong. In exchange for all this, all she is asking for is his respect.

What you want, baby, I got it

What you need, do you know I got it?

I ain’t gonna do you wrong while you’re gone

Ain’t gon’ do you wrong ’cause I don’t wanna

Aretha gives us insight into what it takes to get the respect you desire. Unlike Otis, Aretha won’t beg for it. She demands it.

With her, there is only one real option. You will either respect her or you won’t be with her. She is willing to give her all to you, but in return, she expects an equal exchange. There will be no middle ground in what she asking for. You will respect her all the way or not at all.

Aretha’s version shows us that learning how to become a leader who is respected can be seen in two ways.

To gain respect, we must first give it. There is a mutual level of equal exchange with respect. The principle of mutual exchange would say, “The level of respect that I demand from you I must also give to you.”

Respect isn’t a one-way street. When we demand it, we must also be willing to give it. Living at this level requires 3 things from us.

If you are a leader who wants to learn how to become a leader that people respect, then clarity is key. You must be clear on who you are, what you stand for, and what you are willing to allow into your life. If you are unclear on any of these then your ability to command respect will begin to diminish.

Be a leader who builds clarity and self-awareness so that people will respect you and what you stand for.

If clarity is the key, then confidence is the foundation. Have you ever held high respect for someone who showed a lack of confidence? There is something about confidence that attracts us to it like a moth to a flame. The more confidence a person has, the more we want to be around them.

To us, confidence will show whether we perceive a person to be weak or strong. Even though it may be a tough pill to swallow, respect goes to the strong.

People need to trust you before they respect you. If you want to learn how to become a leader that people respect, then you must develop a high level of consistency. Become a leader people can trust by becoming a leader who has a consistent pattern.

The goal of any relationship is to learn to understand the other person. It is about understanding that we all share different beliefs and values. Yet, it is within these differences that we can find commonality and learn to appreciate and respect who we are as individuals. If we are to learn how to become a leader that people respect, then we must come to a place of mutual understanding.

There are some simple truths you should be aware of as you seek to learn how to become a leader that people respect.

As leaders, part of us wants to believe that respect is automatic. That may have been the case 20 years ago, but that is not the case today. We must always take the posture of mutual respect and understanding.

To gain, I must give and help people move to the next level in their growth and push them to be the best. These are ways to gain respect as you move up the ladder of leadership. Respect takes time, but with consistent effort, you can achieve a great deal.

2. Respect Comes as a Result of Who You Are

You have the potential and the ability to command respect because of who you are and what you do for people. Yet, if the person doesn’t give you the proper respect, that should never change who you are.

The better you treat people, the more respect you will gain.

3. Respect Takes Time to Gain and Seconds to Lose

When searching for how to become a leader that people will respect, that is a lot of pressure to be under. Respect can take years to earn, but one wrong move can cause you to lose someone’s trust.

Throughout this process, don’t allow a need for approval and a fear of rejection to cause you to be anything other than who you were meant to be. Grow into a leader that will change lives, but live always according to your personal values.

Be a leader who is devoted to the development of your character. If someone wants to leave because they are intimidated by the best version of you, then let them go!

As you learn how to be a leader, keep showing up, keeping pouring into yourself, and keep living with integrity. You may not see it now, but you are building something that will impact people for generations to come. 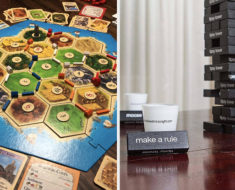 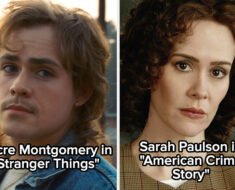 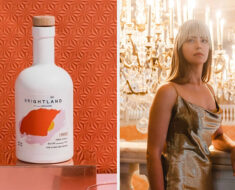 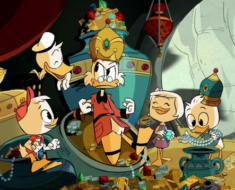 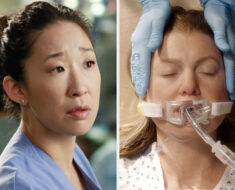