Home
daily blog
9 Simple Ways to Delegate Tasks and Get More Done
Rarely is any real accomplishment the work of just one person. If you can’t delegate tasks effectively, you’ll struggle to get done the things you care about.

Delegation comes in many colors. Putting together a chore chart for your kids is a form of delegation. So is asking your colleague to help you put a presentation together.

What’s important to realize is that, in the words of the former U.S. Senator Byron Dorgan, “You can delegate authority, but you cannot delegate responsibility”((BrainyQuote: Byron Dorgan Quotes)). In other words, you can ask someone else to complete a task for you, but you can’t claim innocence if it doesn’t get done.

Delegating tasks is easy. Doing so in a way that ensures they actually get done takes practice. Here’s how to delegate tasks effectively:

Asking someone whether they can take on a task doesn’t just ensure they have the time for it, either. Getting a read on someone’s capacity before making your request also shows respect. If your delegatees don’t feel respected, they won’t do their best work — assuming they do the work at all.

As is true of most things in life, the devil of delegation is in the details. Don’t just ask someone whether they can take on the task. Given enough time and resources, anyone is capable of accomplishing almost anything.

In your request, include:

2. Make Trust a Must

How much confidence do you have in this person getting the task done? Unless you absolutely trust them to come through for you, then don’t delegate work to them.

Either find someone you do trust to take on the task, or split off a piece of the project that you know they’ll be able to tackle. If neither of those are good options, you may need to complete the task yourself.

3. Give Them the Resources They Need

What tools does your delegatee need to accomplish the task you’ve set out for them? If you don’t provide them the things they need, then you can’t blame them for not coming through for you.

Resources can be varied. Think about:

Does the task you’re delegating require something to be purchased? If so, make sure you give your teammate the money they need to buy it.

Different people are good at different things. If the person to whom you’re delegating the task doesn’t possess every skill needed, do they have others they can lean on?

Realize that you, the person assigning them the task, also fall into this category. Will you be available for questions as they come up?

Have you provided your delegatee all the details they’ll need to get the task done? In writing, put together a list of instructions, expectations, and other notes they might need.

Unless you’re expecting the person you’re working with to buy every single thing the project will entail, you’ll need to provide some supplies.

If you’re asking someone to sort a stack of paperwork, have you given them all the documents? If you want them to represent your company, do they have a uniform? Do they have a desk and an office space to work from?

What motivation does your delegatee have to do a good job, let alone get the job done at all? In some cases, your respect and appreciation may be enough. In other cases, you’ll need to give them some sort of remuneration.

It’s important to align the task in question to the reward. You wouldn’t buy someone a brand new BMW because they did the dishes for you. By the same token, you can’t expect a developer to spend dozens of hours building your app for a measly $50.

When in doubt, ask. What sort of compensation does the person to whom you’re delegating the task expect?

If you don’t agree with their answer, that’s OK. But you’ll have to reach some sort of middle ground if you want to maintain a good working relationship with this person.

5. Leave the Details up to Them

Nothing kills motivation and trust like micromanagement. In a survey by staffing firm Accountemps, more than two-thirds of respondents said it hurt their morale((Harvard Business School: How to Stop Micromanaging)).

If you expect something to be done a certain way, outline that in the project brief. If you can’t explain exactly what you have in mind, you might be better off doing it yourself.

If you can explain what you’re looking for in writing, and your teammate says they understand, trust them to do that. Don’t be a backseat driver once the work begins.

6. Break Big Tasks Into Smaller Ones

Delegation isn’t about asking someone else to do everything for you; it’s about outsourcing the areas outside your expertise or time constraints.

To break up major projects, first think about the big picture: What’s your goal? What should the end product look like?

Then, get a piece of paper. Plot out the key steps you need to get there. Aim for 3-15 steps.

Consider the order in which those steps should be completed. Sometimes, this will be obvious: A blog post can’t be edited before it’s written, for instance. Other times, it won’t be: Should you get a quick-cook appetizer started first, or prioritize putting that casserole in the oven, knowing it’ll need to cook for at least an hour?

Think about the order and nature of each subtask when deciding what to delegate. You probably shouldn’t hand off a task that needs to be done ASAP. But if it’s outside your core competency, you might need to.

What happens if the person to whom you’ve delegated a task drops the ball? Will you just shrug your shoulders and compensate them anyway?

If you do, you’re communicating that you don’t care about their contribution. Not only does that show disrespect to the person you’re working with, but it sets low expectations for future projects.

As with incentives, it’s important to align consequences with the nature of the problem. If you could have been more clear in your instructions, then don’t punish the other person. If you trusted your life savings to your business partner, and they spent it at a casino, then you may need to contact the authorities or sever ties altogether.

Most consequences will fall somewhere in between those poles. Give others the benefit of the doubt, and don’t be mean-spirited. One missed deadline at work deserves a stern warning, not a firing. Repeated deadline problems may warrant a cut in pay or responsibilities, however.

Whether at work or at home, you’re on the same team as the person to whom you’re delegating work. Understand that snags happen, and do your best to help the person overcome them.

An “ally” approach means not hovering over their shoulder, but rather treating mistakes as learning experiences. It means welcoming their input, providing more resources if necessary, and providing thoughtful feedback when the task is complete.

Speaking of feedback, remember that it cuts two ways. In addition to giving your delegatee pointers when the project is complete, encourage them to suggest ways you could have done a better job.

Realize that power dynamics may discourage your teammate from giving you the whole story. To show them that it’s OK to speak up, you can say:

Asking for feedback, however, is only half the battle. If you want your teammates to give you the good, bad, and the ugly with every project, you need to put their suggestions into practice. If you don’t, you’re telling them that you don’t value what they have to say.

Delegation is one of the most difficult management skills to get right. Just like your team members, you won’t get it right every time. Learn to collaborate more effectively, and you’ll become a better delegator in the process.

More on How to Delegate 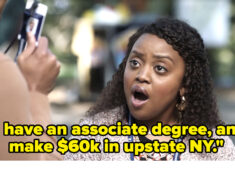 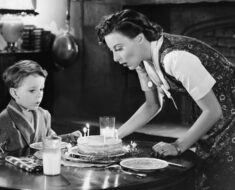 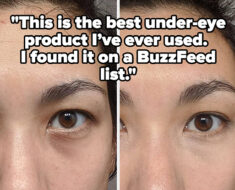