Home
daily blog
13 Signs of a Narcissistic Husband (And What to Do)
When you met him, you couldn’t believe how lucky you were. He was charming, outgoing, and everything you ever hoped and dreamed of. You wondered what you did right in the world that made this fairy tale come true. And then he became a nightmare narcissistic husband.

Slowly, he became critical and controlling. Everything was all about him, and he didn’t care how you felt or what you thought. Slowly, the man you met just disappeared before your eyes.

How did that happen? What went wrong? How could he have changed so much?

The thing is, he didn’t change. Deep down, he was always like that in his inner core. The problem was, he put on an act for you in the beginning, and you believed him.

Don’t worry – you are not alone. It has happened to countless women. It’s easy to get fooled by a narcissist, and by the time you figure out who he really is, you are probably already married to him.

If this scenario sounds familiar to you, then your husband probably has narcissistic traits (or could even be a full-blow narcissist).

Maybe you’re not even fully sure if your husband is a narcissist or not, so let’s take a look at some of the traits you should look out for.

13 Signs of a Narcissistic Husband

The following traits are good signs that your husband may be a narcissist:

1. He Acts Better Than Everyone Else

He probably goes around telling everyone about all of his “great” accomplishments. He wants people to think he is better than they are, and that includes you – especially you.

2. He Doesn’t Listen to Your Opinion

Whether it’s something simple like what you want to do on a Saturday night or something major like which house to buy, your narcissistic husband probably doesn’t really listen to your opinion. He might pretend to, but then he does whatever he wants to anyway, regardless of what you think.

3. He Needs to Be Right Every Time

He thinks he knows everything. You could tell him that 2 + 2 = 4, but he would argue with you and say, “No, 2 + 2 = 5.” Meanwhile, you’re scratching your head wondering how he thinks he could possibly be right. But he doesn’t really care what the truth is; he just needs to “win” and be right.

Maybe you put on some new jeans and he says, “You can’t go out of the house in those because they are too tight.” Or if you want to go out with your friends, he tells you that you can’t. He might limit you in main areas of your life or treat you like a child when you’re at home.

Gaslighting is a form of psychological manipulation((Psychology Today: 11 Warning Signs of Gaslighting)). When he uses it on you, he plants seeds of doubt in your head. This, in turn, makes you question your own memory or sanity. He turns reality around on you and makes you question yourself (when in actuality, he’s the one you should be questioning).

A narcissistic husband always wants you to tell him how amazing he is. As I said in #1, he goes around trying to make himself look better than other people. And in doing so, he wants the admiration that goes along with being “superior.”

7. He Shows No Empathy

He completely lacks the ability to see your perspective on anything. He doesn’t care how you feel or if you are hurting. He just cares about himself and what he thinks. He likely doesn’t notice when you’re feeling down or angry, and when he does, he will glaze over it to make you feel that your emotions don’t matter.

He never takes personal responsibility for anything and always blames you (or other people). Everything is always your fault, and he does absolutely nothing wrong. Even if you try to reason with him to try to see how his actions were not right, he will deny it and try to blame you instead.

Because nothing is ever his fault, your narcissistic husband is usually the “victim” of others’ actions. If his project at work failed, he will blame it on his boss, co-worker, or clients. He constantly has a victim mentality because he cannot look at his own actions and see that he is responsible((Psych Central: The 10 Warning Signs of Having a Victim Mentality)).

He might say or do things to you that are very hurtful. Maybe you caught him doing something like texting another woman. Even after you catch him, he won’t feel any guilt at all. He’ll shrug it off like it’s no big deal, and tell you to just get over it.

Everything that comes out of his mouth tends to be a lie. You may or may not be able to catch him in the lies, but you probably have a gut instinct that what he’s saying most of the time is simply not true.

He’s just plain mean to you. He might criticize you and call you names like fat, ugly, or stupid. He probably tells you that you’re lucky to have him because no one would ever want you. He might even physically abuse you.

Because he is incapable of feeling empathy, he almost enjoys seeing you in pain – either emotionally or physically. It gives him a sense of power over you. He also feels absolutely no guilt when he inflicts pain on you.

What You Can Do If You Have a Narcissistic Husband

Now that you know the signs of a narcissistic husband, there are some things you can do. Let’s take a look at some of them((Very Well: How to Recognize Someone With Covert Narcissism)). Narcissists will take and take and take some more – unless you don’t let them. They are bullies, and bullies like an “easy target.” They don’t want someone to fight back and draws boundaries that they can’t cross. However, when you do it, they will have no choice if you stand your ground (and you should).

Stay in the Right Mindset

I know that his words and actions are hurtful, but try not to take it personally. Honestly, what he says and does is actually not about YOU. It’s about HIM and his own insecurities. Don’t fall into the trap of thinking that you are the bad person in the relationship. You aren’t!

I hate to say it, but you can’t really change a narcissistic husband. In fact, you really can’t change anyone. They have to want to change, and if they don’t, they won’t.

If you have tried your best to make it work and are still miserable, then you have two choices. Stay and get more of the same, or leave and find someone who isn’t a narcissist. I know it’s not easy to leave, but you just need to make the decision that is best for YOU, not him.

Being married to a narcissistic husband is not easy. There are a lot of narcissists in the world, so you are not alone. Try to find some support and remember to love yourself first because you deserve it!

More on Identifying a Narcissist 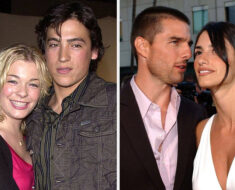 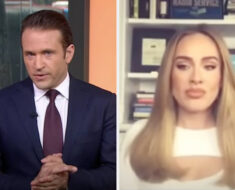