Home
daily blog
How to Stop Overeating the Healthy Way (Step-by-Step Guide)
Most of us could say we’ve been guilty of overeating on occasion. Special holidays like Christmas, Thanksgiving, or just a birthday party are a perfect excuse for indulging a little too much!

But if you find yourself overeating a little too often, your health may begin to suffer – both mentally and physically.

Overeating is defined as overeating can be defined as consuming more food than your body can cope with comfortably in one sitting, or consuming more calories than the body needs to function optimally on a daily basis. But it can also mean snacking too often between meals, or eating a large dinner when you’ve already had too much for lunch.

In general, overeating means you’ll be left feeling bloated and likely suffering digestive symptoms such as gas or cramp. Ultimately, too much food will lead to weight gain.

Knowing how to stop overeating begins with figuring out WHY you overeat. There are endless reasons for this, but here are some of the most common ones.

How To Stop Overeating

Try these 3 simple things if you want to stop overeating and be healthy again:

Mindless eating is a common problem in Western society. We’re often so busy rushing around after family and work commitments that we eat on the run, or we make mindless food choices.

That means reaching for quick snacks that give us an energy boost on the run, or grabbing whatever is closest while we’re finishing another task. Sometimes, mindless eating is simply eating while watching TV.

Unfortunately, these distractions not only reduces our enjoyment of the food we’re putting into our mouths, but they can quickly lead to eating too much. Our brain fails to pick up on the signs of physical fullness, or to even notice what we’ve eaten mentally.

But there’s a way around this. When you engage your mind with your food, you can stop eating mindlessly and start eating mindfully. Mindful eating means tuning in to what your body really wants and needs.

You can begin eating more mindfully by checking in with yourself each time you reach for a snack or treat.

Ask yourself why you’re choosing this particular food. Are you bored? Are you actually hungry? Are you upset or stressed?

When you stop and notice your thoughts and emotions, you’ll be more focused on what’s really going on in your head.

Even if you do go ahead and eat the snack, you’ll be more aware of the fact that you’re eating it, rather than carrying out an automatic action. This can help you to break a chain of unconscious eating behavior.

Learn more about mindful eating in this article: The Best Benefits of Mindful Eating for Weight Loss and How to Start Now

Making bad food choices is sometimes because we’re hungry on the run. Planning and preparing your meals in advance can help prevent you from falling victim to fast food and other treats.

If you’re going out for dinner, check the menu before you go to the restaurant so that you know what to expect.

Pack your lunch to take to work so that you don’t have to run off to the canteen or pizza place. This way, you can prepare healthy meals for yourself using quality ingredients. If you know that you have a freshly-made turkey sandwich in your bag, you’ll be less likely to stop by the vending machine for a packet of potato chips.

Try these 10 Meal Planning Apps To Get Healthier Easily.

Protein is a valuable nutrient that supplies your body with the amino acids it needs to restore muscle tissue, along with many other roles. Protein takes a lot longer for your digestive system to break down, so you’ll feel fuller for longer.

Fiber can also help prevent overeating. Fiber fills you up but contains very few calories. It also helps to regulate your blood sugar levels so you’re less likely to crave sweet things (like carbs and treats) later in the day. Fiber cannot be broken down in the digestive system, so it adds bulk to your waste and helps keep you regular.

What Helps Your Stomach After Overeating?

If you’ve overindulged, one of the best things you can do is to take a gentle walk. The movement will help to promote peristalsis, the wave-like motions of your digestive system that move food through your intestines.

Don’t force yourself to move too quickly or strenuously, as this will shunt blood flow to your muscles rather than your stomach and slow down your digestion.

Peppermint tea will also help to soothe a bloated stomach. Peppermint is very effective for relieving digestive symptoms such as gas and indigestion. It also helps to prevent spasms in the gut caused by smooth muscle contracting.

Top 3 Supplements To Regulate Your Appetite

Your gut is home to billions of microbes that have important roles in your overall health. Some of these microbes have been shown to have ways of letting the brain know when they’ve received enough nutrients to replicate.

These signals play a key role in the physiology of appetite; that is, they can turn your hunger on and off.

Certain strains of probiotic bacteria have been shown to reduce food intake in animals, even when they are hungry. One compound was able to stimulate the release of a hormone associated with satiety, while another appeared to increase the firing of brain neurons that diminish appetite.((Science Direct: Gut Commensal E. coli Proteins Activate Host Satiety Pathways following Nutrient-Induced Bacterial Growth))

Human studies have also shown positive results. In a study involving a group of 125 overweight men and women, half of the subjects were given a daily probiotic supplement containing Lactobacillus rhamnosus, while the other half took a placebo. Here’s the result:((Balance One: 10 Unusual Benefits of Probiotics))

All of the subjects underwent a weight loss program for 12 weeks, followed by a 12-week maintenance program. The women taking the probiotic supplement showed an average weight loss of 4.4kg, while the women receiving the placebo lost only 2.6kg.

Consider these 7 Best Probiotic Supplements  to regulate your appetite.

Gymnema is a herb that has been found to help block your ability to taste sweetness. The gymnemic acid blocks the sugar receptors on your tongue, preventing you from enjoying anything sweet. This can make sweet foods less desirable!((The Candida Diet: How To Stay Motivated On Your Candida Diet))

Gymnema is also found to stimulate insulin production in your pancreas, which promotes the regeneration of insulin-producing islet cells. Better insulin production means that your blood sugar levels stay steady, reducing the incidence of sugar cravings that can lead to overeating.((J Sci Food Agric: A systematic review of Gymnema sylvestre in obesity and diabetes management))

One of the primary polyphenols in green tea extract is epigallocatechin gallate (ECG). ECG has been shown to not only boost fat oxidation and increase energy expenditure but may also help control appetite.

When given to overweight patients, EGCg was shown to delay gastric emptying (the time it takes for food to leave the stomach). The patients who took EGCg also reported greater satiation in the 90 minutes after eating.((Nutrients Journal: Acute Epigallocatechin 3 Gallate (EGCG) Supplementation Delays Gastric Emptying in Healthy Women: A Randomized, Double-Blind, Placebo-Controlled Crossover Study)) This suggests that EGC can help prevent overeating by making you feel full and more satisfied for longer.

Be committed to your goal to stop overeating, but also be patient with yourself. Everything takes time, and so does breaking your overeating habit.

By following the 3 steps I suggest in this article, you will gradually stop overeating and be healthy again! 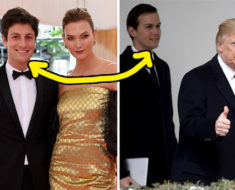 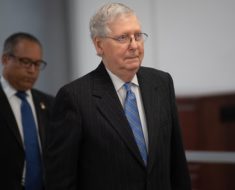 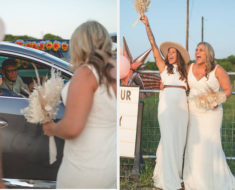 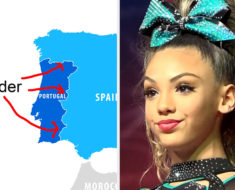 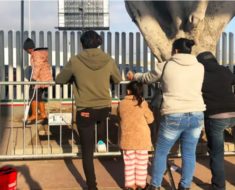