Home
daily blog
How Cognitive Bias Influences Our Decision Making
Cognitive biases are dangerous judgment errors that can devastate our health and wellbeing, our relationships, careers and businesses, and other areas of our lives.

To protect yourself against these mental blind spots, you need to know what they are, where they come from, and what you can do about them. That’s what this article is about.

Cognitive Biases on the Road

For an example of cognitive bias, imagine you are driving on autopilot, as we all do much of the time.

Let’s be clear, it’s a good idea to let your automatic response be in the driver’s seat when you are doing tasks that don’t require your full focus and attention. In ordinary driving situations – without inclement weather or start-and-stop traffic – you don’t need to use up your mental resources by turning your full focus on driving.

Now imagine that, as you are driving, the car in front of you unexpectedly cuts you off!

What do you do?

Well, you have to slam on your brakes to avoid a crash. Maybe you flash your lights or honk your horn. You feel scared and angry.

What’s your gut feeling about the other driver? Probably your first impression is that the driver is rude and obnoxious.

Now imagine a different situation. You’re driving on autopilot, minding your own business, and you suddenly realize you need to turn right at the next intersection. You quickly switch lanes and suddenly hear someone behind you honking their horn.

You now realize that there was someone in your blind spot but you forgot to check it in the rush to switch lanes, so you cut them off pretty badly.

Do you think that you are a rude driver? The vast majority of us would not. After all, we did not deliberately cut off the other driver; we just failed to see their car.

Let’s imagine another situation: your friend hurt herself and you’re rushing her to the emergency room. You’re driving aggressively and cutting in front of other cars.

Are you a rude driver? You’d probably say you are not; you’re merely doing the right thing for this situation.

Misattributing Blame Due to Cognitive Biases

Why do we give ourselves a pass while assigning an obnoxious status to other people? Why do our guts always make ourselves the good guys and other people the bad guys?

There is clearly a disconnect between our gut reactions and reality. This pattern is not a coincidence

This judgment error results in the following: if we see someone behaving rudely, we immediately and intuitively feel that this person is rude. We don’t stop to consider whether an unusual situation may cause the individual to act that way.

With the example of the driver, maybe the person who cut you off did not see you. Maybe they were driving their friend to the emergency room. But that’s not what our gut reaction tells us.

On the other hand, we attribute our own behavior to the situation, and not our personality. Much of the time we believe that we have valid and fully justifiable explanations for our actions.

Are Cognitive Biases Really So Bad?

Don’t believe that such negative snap judgments about others can be harmful?

It may not seem very important whether you think wrongly that other drivers are jerks. Sorry to disappoint you, but this mental pattern posed a grave threat to your relationships.

As an example, what would you think of a potential business colleague if you saw her yelling at someone on her smartphone?

ou would probably have a negative reaction toward her and may not be likely to do business with her. Well, what if you found out she was yelling because she had her father on the other line who just misplaced his hearing aid and she was making plans to come to his house to help him look for it?

There can be many innocent explanations for someone yelling on the phone, but we are tempted to assume the worst.

In a related example, I was coaching a CEO of a company that had staff who worked from home due to COVID-19.

He told me about a recent incident with an employee who was having a heated Skype discussion over a conflict with an HR manager. The Skype call disconnected and the HR manager told the CEO the employee hung up on her. The CEO fired the employee on the spot.

Later, he learned that the employee thought the HR manager hung up on her. The call simply disconnected. Unfortunately, it was too late to take back the termination, even though the CEO regretted his heated decision.

This unfair firing situation really demoralized the rest of the staff, resulting in a growing disconnect between the CEO and other staff. It eventually contributed to the CEO leaving the organization.

Why Do We Suffer Cognitive Biases?

Intuitively, our mind feels like a cohesive whole. We perceive ourselves as intentional and rational thinkers. Yet cognitive science research shows that in reality, the intentional part of our mind is like a little rider on top of a huge elephant of emotions and intuitions.((Chip Heath and Dan Heath: Switch: How to Change Things When Change Is Hard))

Roughly speaking, we have two thinking systems, which neuroscientists call System 1 and 2. But it’s easier to think of them as the “autopilot system” and “intentional system.”

The autopilot system corresponds to our emotions and intuitions. Its cognitive processes take place mainly in the amygdala and other parts of the brain that developed early in our evolution.

This system guides our daily habits, helps us make snap decisions, and reacts instantly to dangerous life-and-death situations, like saber-toothed tigers through the freeze, fight, or flight stress response.

While helping our survival in the past, the fight-or-flight response is not a great fit for modern life. We have many small stresses that are not life-threatening, but the autopilot system treats them as tigers, producing an unnecessarily stressful everyday life experience that undermines our mental and physical wellbeing.

Moreover, while the snap judgments resulting from intuitions and emotions usually feel “true” because they are fast and powerful, they sometimes lead us wrongly in systemic and predictable ways.

The intentional system reflects our rational thinking and centers around the prefrontal cortex – the part of the brain that evolved more recently.

This thinking system helps us handle more complex mental activities, such as managing individual and group relationships, logical reasoning, probabilistic thinking, and learning new information and patterns of thinking and behavior. It can also lead to occasional decision-making errors, but it’s right much more often than the autopilot system.((Daniel Kahneman: Thinking, Fast and Slow))

While the automatic system requires no conscious effort to function, the intentional system takes deliberate effort to turn on and is mentally tiring.

Fortunately, with enough motivation and appropriate training, the intentional system can turn on in situations where we are prone to making systematic decision-making errors. Scholars use the term “cognitive biases” to refer to these errors.

The autopilot system is like an elephant. It’s by far the more powerful and predominant of the two systems. Our emotions can often overwhelm our rational thinking.

Moreover, our intuitions and habits determine the large majority of our life, which we spend in autopilot mode. And that’s not a bad thing at all – it would be mentally exhausting to think intentionally about our every action and decision.

The intentional system is like the elephant rider. It can guide the elephant deliberately to go in a direction that matches our actual goals.

Certainly, the elephant part of the brain is huge and unwieldy, slow to turn and change, and stampedes at threats. But we can train the elephant. Your rider can be an elephant whisperer.

Over time, you can use the intentional system to change your automatic thinking, feeling, and behavior patterns, and become much better at making the best decisions.

That’s why you should never go with your gut, and instead check with your head on any decision you don’t want to get wrong.((Gleb Tsipursky Ph.D.: Never Go With Your Gut: How Pioneering Leaders Make the Best Decisions and Avoid Business Disasters))

Let’s go back to the fundamental attribution error. Now that we know what cognitive biases are and where they come from, how can we explain this cognitive bias?

From an evolutionary perspective, in the ancestral savanna, it was valuable for the survival of our ancestors to make quick decisions and to assume the worst, regardless of the accuracy of this assumption. Those who failed to do so did not survive to pass on their genes.

In the modern world where our survival is not immediately threatened by others and where we have long-term interactions with strangers, such judgments are dangerous for our long-term goals. We have to address this and other mental blindspots to make good decisions, whether about our relationships or other areas in our life.((Gleb Tsipursky Ph.D.: The Blindspots Between Us: How to Overcome Unconscious Cognitive Bias and Build Better Relationships))

So, take a few minutes right now to think about where in recent weeks you might have misattributed blame. Given the stress associated with the pandemic, it’s easy to do.

Take the time to reach out to those you wrongly blamed and apologize. Doing so can be the start of your life-long journey to recognize and defeat cognitive biases and make the best decisions. 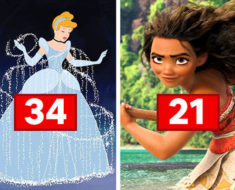 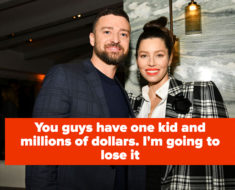 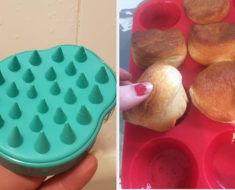 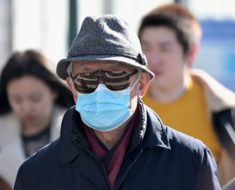