Home
daily blog
How to Stop Resentment from Ruining Your Marriage
When two people meet and decide to pursue a romantic relationship with each other, they always start with high hopes. They are very happy and look at the other person through rose-colored glasses.

But as most of us know, that loving feeling doesn’t always last forever. It does for some couples, but for many, they find their relationships deteriorating through the years for a variety of reasons.

As the relationship slowly declines, what creeps in?

Resentment in marriage can act as a poison that can kill the love – if you let it.

But first, let’s define resentment, so we can see what it really is.

Resentment is hurt, disappointment, anger, or any other negative emotion that persists over a period of time. It usually doesn’t go away on its own – instead, it accumulates and grows bigger.

As this resentment continues, the people in the relationship find it more difficult to express love and empathy to one another. The reason for this is because of the unheard and neglected pain they are carrying around.

Because of this, resentment is the most toxic emotion of all in any relationship, especially marriage.

There are many reasons that resentment in marriage can build up. Usually, it happens when one partner feels that they are more loving, attentive, and “present” in the relationship than the other.

If left unattended, it can evolve into contempt, which is when two people feel absolute disdain for one another.

Here are some common causes of resentment in marriage:

Always Needing to Be Right

When spouses see their partnership as a competitor and not a teammate, resentment will likely build up. If they are always trying to “win” an argument and be “right,” then that will cause each other resentment.

People often get lazy in marriages. They think, “Oh…I am married! Now I don’t have to put in any work because I already “have” them!” But that often leads to a lot of neglect – of your partner and the relationship as a whole.

No one likes to be treated poorly, but unfortunately, it happens in too many marriages. Abuse means physical, emotional, AND mental. Whenever someone is abused, resentment is bound to grow.

This is closely tied to selfishness because if you were not selfish, you would pay attention to your spouse’s feelings. But if they repeatedly tell you how they feel and they get ignored, it will lead to resentment.

Marriage vows include the line “forsaking all others.” So, if one spouse betrays the other in the form of cheating (either physical or emotional), then it is not surprising that the feelings toward the cheating spouse will turn negative, which certainly causes resentment in marriage.

How Does Resentment Affect a Relationship?

If resentment builds over months, years, or even decades, it can lead to withdrawing.

When one or both partners withdraw, they become emotionally and/or physically distant from one another. There can be no intimacy and love when you are moving apart instead of coming together.

Second, resentment can lead to a lot of fighting in the marriage. Conflict is normal and natural, but in healthy relationships, people can work through their problems calmly and productively. However, when there is resentment lurking between the two of you, then the fighting can get down and dirty.

Finally, resentment can also lead to abuse or neglect. As I stated above, these can also be a cause of resentment. But even if they weren’t the direct cause they can certainly be an effect as well.

What Are the Signs of Resentment?

Each marriage is different, so resentment can manifest differently for different couples. However, there are a few signs that are common to many relationships where there is a lot of resentment brewing between the people.

Here are some common signs:

How Do You Stop Resentment in Marriage?

It’s not easy to stop resentment in marriage, but it can be done. However, BOTH people need to be 100% committed to rebuilding the marriage in order for any of these tips to work.

Here are some ways to stop resentment in your marriage:

1. Don’t Hide or Deny Your Feelings.

Sometimes, people don’t even acknowledge their own feelings. They may have grown up in a family where expressing their feelings is discouraged. So, try to get in touch with how you feel so you can be clear about where you stand.

2. Express Your Feelings to Your Partner Clearly and Directly.

After you have figured out how you feel, then you need to tell your spouse. No one is a mind reader. I know that’s obvious, but some people just cannot pick up on the cues that other people give them. So, be very, very clear and direct about how you feel and what you need.

3. If You Are Holding a Grudge, Write a List of Why It’s Not Helpful.

Holding grudges is a common thing people do when they feel resentment. However, grudges have never, ever fixed any relationship. So, if you find yourself harboring your feelings, write down why doing that is NOT helpful.

4. Write Down Why You Should Forgive Your Partner.

Sometimes, resentment in marriage starts from something relatively minor. It might not feel minor, but perhaps it really is. So, it’s helpful to write it all down, and see what you can let go and what you can forgive your spouse for.

5. Don’t Bring Other People Into Your Negativity.

Many people feel the need to vent to their best friends, family, or anyone else who will listen to why they feel resentment toward their partner. But think about it – talking to other people does not solve your problem. Talk to your partner, not other people.

Empathy is trying to see a situation from another person’s point of view. It’s a difficult thing to do under normal circumstances, but when you’re resentful, it’s even more difficult. But that doesn’t mean you can’t try. Remember that there are always two sides to every story.

7. Focus on Your Partner’s Good Qualities.

Your spouse must have SOME good qualities, right? I mean, you did marry the person, so I assume there are things you like about them. So, instead of focusing on the things that you think are wrong with them, focus on what is good about them.

8. See a Therapist If Needed.

Many couples simply can’t get past resentment on their own. In these cases, it is very helpful to seek the help of a trained professional. Having an objective third party help you work through your problems can be the difference between saving your marriage or not.

Can Resentment Destroy a Marriage?

This is one of the most common questions, and the answer is a resounding YES.

Resentment CAN destroy a marriage. But it doesn’t have to.

If you don’t want resentment to rot your marriage from the inside out, then you must take action to try to work through it – sooner than later. The sooner you both try to sort out your feelings and change your actions for the better, the higher chance you will have of saving your marriage and becoming happy again.

More Tips for a Healthy Marriage 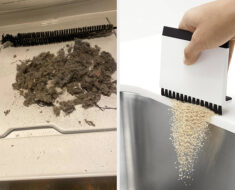 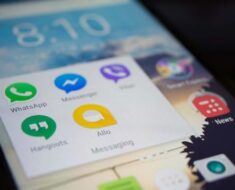 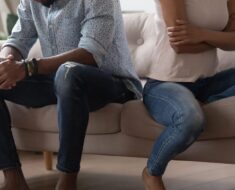 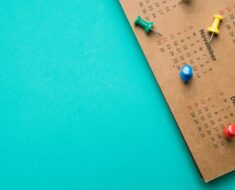 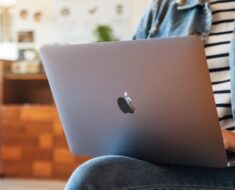