Home
daily blog
4 Steps of Cognitive Restructuring to Help You Think Clearly
Humans are guilty of having less than rational thoughts. We do it all the time. We might assume the worst is going to happen or jump to conclusions before we have all the information. Cognitive restructuring helps people become aware of their irrational thoughts so that they can correct them and replace them with more rational ways of thinking. This can help to alleviate symptoms of anxiety, depression, stress, anger, and trauma.

Cognitive restructuring is a major part of Cognitive Behavioral Therapy, which was developed by Aaron Beck in the 1960s. Beck linked his patients’ symptoms with their distorted thinking and hypothesized that if he could help his patients recognize their distorted thinking, he could help them alleviate their mental health symptoms.((Positive Psychology: Cognitive Distortions: When Your Brain Lies to You)) David Burns then popularized Beck’s ideas in the 1980s with his book Feeling Good.((The Guardian: Trailblazing in Cognitive Therapy))

Cognitive restructuring is at the heart of Cognitive Behavioral Therapy. It is the four-step process that helps people recognize their distorted thoughts in order to change them.

I spoke with Margot Escott, LSCW((Margot Escott, LCSW: Clinical Social Worker and Licensed Therapist)) about how she uses cognitive restructuring in her therapy practice in Naples, Florida, and she explained that she begins the process by making her clients aware of the types of cognitive distortions.

Escott hands her clients a list of cognitive distortions((VeryWellMind: 10 Cognitive Distortions Identified in CBT)) and asks them to spend a week thinking about which ones resonate with them.

The following are examples of various cognitive distortions:

This happens when a person picks out only one (usually negative) detail of a situation and focuses only on that.

When this occurs, a person cannot see any middle ground and perceives a situation as all or nothing.

Overgeneralization is very common and happens when a person jumps to a conclusion without enough information.

This way of thinking comes about when a person thinks the worst outcome will occur.

Generally occurring in people with low self-esteem or paranoia, this happens when someone thinks that everything people do or say is about them.

These statements come about when someone compares themselves and others to perceived universal standards.

This can happen when someone assumes what someone else is thinking without verification.

People are generally very concerned about the future, and this can lead some to assume how things will unfold, usually in a negative light.

This happens when a person assumes their emotions reflect how reality actually is.

Labeling comes about when someone makes broad statements or generalizations about themselves or others based on situation-specific behavior. Example: If you make a mistake and conclude that you are dumb or a failure.

Each list of cognitive distortions is different, but this will give you a general idea of the kind of irrational thinking cognitive restructuring aims to correct.

The 4 Steps of Cognitive Restructuring

When you seek to engage in cognitive restructuring, there are 4 major steps you will need to follow.

The process starts by making our automatic thoughts conscious. The first step requires you to take a kind of inventory of your potentially problematic ways of thinking. Before you can change your thoughts, you have to become aware of how you’re thinking—no judgment or correction yet.

You can take an inventory of your automatic thoughts for a week or you can explore them in therapy with a trained professional. Escott asks her clients to tell her which cognitive distortions they noticed after one week.

Either way, the first step is essential because we can’t correct problematic, automatic thinking without becoming aware of what we’re thinking in the first place.

Next, it’s time to get rational. Once you’ve taken an inventory of your thoughts, you can start to sort out which ones seem rational and which ones don’t.

For example, if you say something like, “I’m never going to meet my life partner,” you can lump this thought into the unproductive/unhealthy/negative category because you aren’t a fortune teller and certainly don’t know whether or not you’ll meet someone.

Step 2 establishes that this is a thought worth changing.

Once we’ve identified a thought as problematic or unhealthy, we can identify why it’s problematic in the first place. This is when we ask those tough therapy questions:

The idea behind step 3 is to identify how our thinking is a cognitive distortion and what the reality actually is.

The idea is to replace cognitive distortions with more rational ways of thinking, but this requires a lot of reflection and self-awareness. You can certainly try it on your own, but it’s often better to have a trained professional guide you through the process.

Let’s say I catch myself catastrophizing. I notice that I sometimes I say that I will lose my job and not be able to pay my bills and then lose my home and my family.

Cognitive restructuring asks me to confront that cognitive distortion.

The first step is for me to become aware of that thought and catch myself every time I slip into catastrophizing.

Next, I ask myself if it’s true. I certainly can’t know if that’s true because I don’t know the future. This is where mindfulness practice comes in handy.((Play Your Way Sane: How to Be More Mindful this January)) According to Escott, mindfulness is a great way for people to practice living more in the present moment, which can also reduce some cognitive distortions, such as catastrophizing.

Now, I don’t know whether or not I will lose my job. I can’t even answer how often this cognitive distortion is true, so I move on to step 3.

Now it’s time to reflect. Why do I think I’m going to lose my job? Maybe my parents lost their jobs, which added a lot of stress to the family when I was a child. Maybe I feel like an imposter and am not confident about some of my financial decisions.

In step 3, I come up with something more rational. I can start telling myself that I don’t know whether or not I’m going to lose my job. All I can focus on is doing the best job I can. If there is a chance I will lose my job, I can spend time networking on LinkedIn instead of catastrophizing. I can also tell myself that linking the loss of my job with losing everything is not rational. I can make a list of all the things I could do if I actually did lose my job that would prevent me from losing the other things in my life.

Finally, I replace “I’m going to lose my job” with a more rational thought each time I catch myself catastrophizing. I might remind myself, “I don’t know the odds of me losing my job, but I do know that I have seniority and just got a raise. And if I do lose this job, I could always go back to working at my father-in-law’s store.”

It’s probably better to be pithier when you’re replacing automatic distortions, but this gives you a good idea of how to get started.

The idea is that cognitive restructuring forces people to fix their automatic thoughts. Escott explains that this process is effective because our thoughts become our feelings, which affect our overall well-being.

Cognitive restructuring addresses the root of the problem: our cognitive distortions. So the next time you catch yourself overgeneralizing or catastrophizing, take a step back. Ask yourself if that’s really true and how often it’s true. Develop a more rational line of thinking and then replace the distortion with a more realistic thought.

Cognitive restructuring may not be as easy as 1, 2, 3, 4, but if you’re willing to get reflective and self-aware and do the work, it can have measurable effects on reducing your anxiety, trauma, stress, anger, and depression symptoms.

More Tips on Changing Your Thoughts 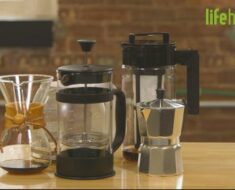 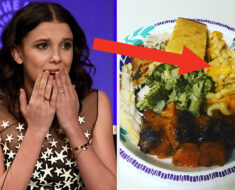 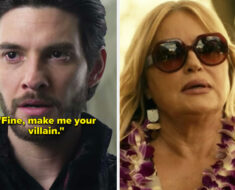 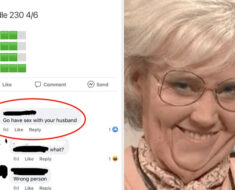 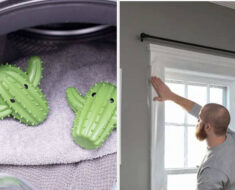