Home
daily blog
Can You Really Fix a Toxic Relationship (And How)?
When you get into a relationship – whether it’s romantic or platonic – you think that it will bring you happiness. Not many people go into relationships thinking that it is going to make them unhappy, right?

Unfortunately, there are many relationships in the world that are very unhealthy. In fact, you can call them downright toxic.

Think of the word “toxic.” It means poisonous. It means detrimental to your health. Hazardous. Potentially deadly.

Usually we use that word to describe things other than people that could potentially kill us – rat poison, hard drugs, too much alcohol or smoking, unhealthy eating, carbon monoxide, etc. You get the point.

However, people and relationships can be just as dangerous to your well-being as any of the above mentioned substances. The problem is that it’s not as easy to identify the toxicity when it comes to a person.

So, let’s begin by talking about how to recognize the signs of a toxic relationship.

11 Signs of a Toxic Relationship

Some people grew up in toxic families. Maybe there was verbal, emotional, and/or physical abuse. Whether it’s between parents or between the parent(s) and children, it’s still an unhealthy and toxic environment to grow up in.((TIME: How To Tell If You’re In a Toxic Relationship — And What To Do About It))

If someone is from a family such as this, perhaps they will not even recognize if and when they are in a toxic relationship.

If you’re not sure why you continuously enter toxic relationships, this article could help you figure it out.

Here are some signs of a toxic relationship:

1. One Gives, the Other Takes

One-sided relationships are never healthy. Many times, you will have a narcissist/people-pleaser dynamic in a toxic relationship (especially if it’s a romantic one).

Gaslighting is another common characteristic of a toxic relationship. If you’re not familiar with the term, it is when someone manipulates another person to a point where that person questions their sanity.

For example, perhaps the last time you saw your significant other, you both agreed to go to the zoo on Sunday. However, when you bring it up later to confirm your plans, the person says, “I never said I wanted to go to the zoo. I don’t even like the zoo.” It leaves the other person wondering about themselves. When this is a habit in a relationship, it can turn toxic.

If one or both people are constantly blaming the other person for anything and everything, then that is definitely a sign of a toxic relationship.

As the saying goes, “It takes two to tango.” Both people are responsible for their own behaviors, and the other can’t “make” you do anything. Therefore, playing a victim of the other person’s behaviors is not productive, and it just leads to an unhealthy relationship.

In a toxic relationship, there will not be much trust. It could be that neither trusts the other, or it could be one-sided. Either way, the lack of trust acts like a poison in the relationship.

Trust should be the foundation that any relationship is built upon. Without it, it’s like trying to build a house on quicksand. It will never work!

5. A Feeling of Walking on Eggshells

Maybe it feels like you never know if the other person is going to explode. There might be tempers raging, and because of that, you feel like you have to tip-toe around the person so that they don’t get angry.

Any time a hand is laid on another person in anger, or unloving words are spoken, that is disrespectful and ultimately unacceptable in a healthy relationship.

Neither person knows how to communicate effectively. This comes in many forms. It could be a total withdrawal, which results in a lack of communication. Or, it could be in the form of yelling, screaming, and name-calling (which is technically communication, but horribly ineffective).

Many times, we only think of toxic relationships as being argumentative, abusive, or intense on some other level. However, they can also be stagnant and avoidant. If one or both people withdraw from the relationship and don’t connect with the other person, that can turn toxic as well – especially if it goes on long-term.

Perhaps one person doesn’t want the other one to go out with their friends, see their family, or do anything else without them present. Maybe they need to track their every move on an app so they know where they are. They could even control what they wear or what they eat. Any kind of controlling behavior such as this is a key ingredient for a toxic relationship.

One or both people are constantly criticizing anything and everything about the other person. It could be their looks, intelligence, motivation, job, weight, education – you name it. If criticism is flying around all the time, then you know you are in a toxic relationship.

All of the above-mentioned characteristics of a toxic relationship inevitably lead to low self-esteem and self-worth. When you are constantly being criticized, controlled, disrespected, blamed, and sucked dry of your efforts, then anyone would end up feeling badly about themselves. Relationships should make you feel good about yourself, not bad.

Can a Toxic Relationship Turn Healthy?

Many people in a toxic relationship want to make it better. The most common reason for this is because they claim to love the other person. But think about it. Why do you love another person who does so much damage to you and your relationship?

Love should feel good, not bad. Therefore, while it is possible to turn a toxic relationship healthy, it is not easy, and, unfortunately, it’s not very common either. However, that doesn’t mean it can’t be done.((MPRA: Human networks and toxic relationships))

How to Fix a Toxic Relationship

Fixing a toxic relationship is very difficult, but here are a few things you can do to start down that path.

Sometimes it’s best to just get out of the relationship for a while and take a break. Get some perspective and think about it for a while before you try to fix it.

You can’t change what you don’t recognize. Therefore, if you don’t know what the problems are, then you can’t fix it. Take some time to talk with your significant other about the problems facing the relationship. If they don’t want to participate, try writing down what you see as the problems and share them when they are ready.

Both people need to be mature enough to look deep in themselves and see what kind of positive changes they need to make. Without the desire or motivation to change, the relationship isn’t going to improve.

Many times, people cannot do the inner work and self-reflection on their own. Therefore, getting professional help from a therapist can help each individual work on their problems while also helping the relationship improve through couple’s therapy.

In toxic relationships, people always place blame on the other person, but that will only continue the toxic cycles. Through the inner work and therapy, you need to take personal responsibility for your actions. Again, both people need to do this.

“I-Language” is a language of responsibility. It explains to the other person how you feel without blaming them. It helps decrease defensiveness in the relationship. Instead of beginning a sentence with “You always…” try starting it with something like “I get upset when you…”.

Once you both have identified what you need to change within yourself and in the relationship, then you need to make changes. Without the changes, you will go right back to where you were before. You can even use specific written goals and check in once a week to see how well you’re doing with the changes you plan to make as a couple.

8. Maintain the Changes in the Future

Many people are good at changing for a short amount of time, but after a while, they will go back to their old habits. In order to really change the relationship and make it healthy, the changes need to become permanent.

Toxic relationships create emotional stress, which in turn affects all parts of your life – including your physical body. No one should be subjected to this kind of relationship.

If you find yourself in an unhealthy relationship, you have three choices:

The third option is not impossible, but it does take a lot of work. In the long run, hopefully you will both come out as better and happier human beings.

More Tips on How to Deal with Toxic Relationships 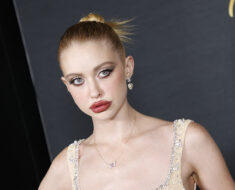 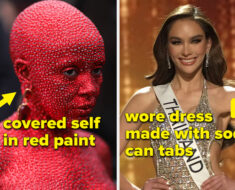 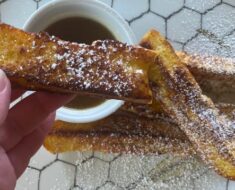 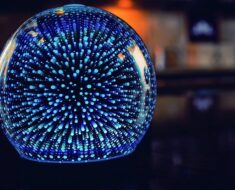 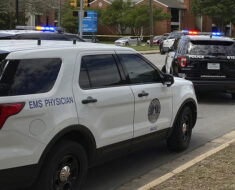