Home
daily blog
15 Core Strength Workout Exercises for Beginners
When many people think of a core strength workout, it immediately brings to mind cheesy ab routines that have run on TV infomercials for years.

I don’t blame you if you’re one of those people!

I, too, used to think the term core strength merely encompassed the abdominal muscles.

However, after several years of training (mostly in the sport of powerlifting) and much research, the picture has become clearer.

What is Core Strength?

A strong core is supported by more than just muscles, despite what many may think. In fact, the strength of one’s core is closely related to the quality and depth of one’s breathing.

Much of our society is simply not breathing properly: not taking deep belly breaths with a focus on filling the base/full 360-degree core.

They should be expanding the lower rib cage before air occupies the upper chest and lungs.

Many people do not breathe deeply, instead spending most of their days just touching the surface of their breathing capacity by entirely relying on upper chest breathing.

So, before attempting any of the exercises below, first work with your breath.

Take a somewhat thick string (such as a shoe string), and wrap it around your waist so it is crossing over your navel (much like a belt worn high).

Ensure that you can fit two fingers between the string and your navel – thus not tying it tightly, and giving yourself room to breath into the belly without restriction.

The objective here is to wear the string throughout the day, and use it as a physical queue to focus your efforts on deep belly breathing.

When you breath deep into your belly correctly, you will feel the string becoming tighter around your entire core.

After trying this approach for a couple days, dive into the below exercises without the string but while still maintaining focus on your breathing.

Core strength is a vital aspect of overall health, and we’re going to examine several exercises that not only build core strength effectively, but also create core stability – which is arguably even more important!

You’ll notice many of these exercises have conveniently clear names, and this exercise is no exception. It functions much like it sounds.

Farmers Walks essentially allow you to pick up a moderately heavy weight and hold it on each side (left first, then right) while walking steady (focusing on core breathing) for 10-15 paces.

You should not be walking lopsided; you should be maintaining a straight, neutral spine, and allowing your core to support that stability.

Learn more kettlebell moves: The Benefits of Kettlebell Workouts You Might Not Know (+8 Exercises to Try!)

Side bending is done without weight and works by reaching your arm over and creating a half moon crescent shape during the lunge movement – the arm you arch should be on the same side as the leg with its knee on the ground.

This is a very simple movement of laying down on the ground with your legs shoulder-width apart, then raising your butt off the ground to create an arch or “bridge.”

You can perform this movement with repetitions, which then become “Hip Thrusts,” or you can hold the top position for 3 seconds before returning down.

You can keep your arms laying flat on the ground for a more complex/difficult hold or use them to support your lower back for an easier movement.

Lean forward to place your hands on the ground, positioning them directly under your shoulders (shoulder-width apart) with your fingers facing forward.

Get into a push-up position with arms shoulder-width apart and bring your elbows to the ground. That’s it! Hold the static position without your knees touching the ground for as long as you can and repeat.

Learn more about the benefits of planking: 7 Amazing Things That Will Happen When You Do Planks Every Day

This core strength workout is similar to a front plank, but you are turning to each side and resting entirely on one elbow or the other.

Perform with the other arm extended straight into the air, or kept straight/parallel, running down the side of your body.

This is a fun one! You can perform this with a kettlebell (ideally), dumbbell, or even a heavy book!

Basically, you are standing with your feet a bit wider than shoulder-width apart, and your feet pointed out to a 45-degree angle. Descend into a deep squat and use the weight you’re holding to counter-balance.

Stay in the bottom position for 7 or more deep breaths before ascending.

This exercise is excellent not just for core strength and stability, but also for overall shoulder health.

While hanging, be sure to maintain a straight back and shoulder line – remain stable and in control throughout the entire movement.

Don’t swing your legs up and down, rather raise them and lower them in a slow and controlled manner.

You might not think overhead pressing would correlate to core strength, but it does! You cannot perform a straight line overhead press without first stabilizing and bracing your entire core.

I suggest you film yourself from the side when performing the movement, and watch to ensure your bar-path remains in a straight line over your head.

This move is much like the barbell overhead press; however, it requires more core and shoulder stability.

If you’ve been exercising or lifting weights for years, try the below exercises if you haven’t already done so.

If you’re already utilizing these core strengthening movements, simply consider incorporating them even more into your routine since they’re just that effective!

Popularized by famous martial artist Bruce Lee, this movement requires you to have a decline bench or similar, which will support your entire weight.

Lay flat on your back on the bench, with your feet closer to the ground (on the decline).

Now, grab the bench behind your neck, then raise your legs from the lower position while stabilizing your upper body with your arms and core.

12. Kettlebell Turkish Get Up

This exercise is a complicated movement whereby you start from a laying-down position on the floor, and in 6 to 10 steps, raise the kettlebell overhead in a straight line.

Then, maintain that same straight line (holding the kettlebell up overhead) while you rise from the floor.

The high bar squat is the most optimal position if focusing on core stability, and is preferred by Olympic lifters for that reason.

However, the low bar squat will typically still build core strength but allow for a more maximal load, and is thus preferred by powerlifters.

Personally, this is my favorite exercise, and a great way to build core strength along with testing one’s central nervous system capacity.

Without getting into a detailed breakdown, I suggest having a peek at my video below, and checking out my YouTube channel where I cover how to efficiently deadlift, Squat, and more!

Front squats are arguably the best way to build overall core strength – hitting the anterior chain and posterior muscle chain. They are performed in one of three ways.

The third approach is the same as the second, but if wrist mobility is an issue, a pair of straps can be utilized to hold the bar in position with each hand/wrist.

Core strength shouldn’t be isolated by any means; it should be considered an integral part of the whole ecosystem that is human physiology.

Core strength is associated with digestion and elimination, and can even be attributed to psychological wellness for that reason. Our gut is considered by many (me included) to be a second brain, and if our digestion is in check, so too will be our minds.

Try your hand at these core strength workouts to help your body reach its full potential, and to stay healthy – both physically and mentally. 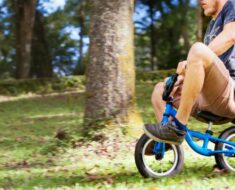 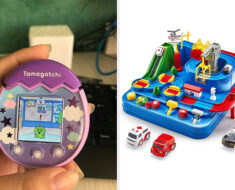 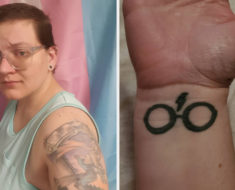 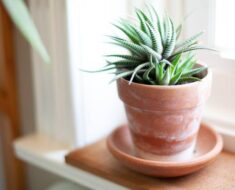